Can watching the news make you sick?

To answer my slightly provocative question, we need to go back in human history a few years. Humanity evolved in the savannas of Africa over the last 5 million years. For the largest part of our development and history, we were surrounded by severe and immediate danger.

To deal with that, our brains developed a natural sensor called the amygdala, which scans everything we see and hear for signs of danger. And when a dangerous situation occurs, it puts us on red alert.

The amygdala allows us to notice negative news 10 times faster than any positive ones. We pay way more attention to everything negative than positive. Over the course of time, this beautiful brain feature has served us well and in many situations, it was absolutely essential for the survival of men. Yet, today no tiger is waiting around the corner to take us for lunch. The amygdala is still very useful in situations of danger. But at the same time, it can be abused by those who know how to do so – i.e. media companies.

The media’s purpose of existence is not to inform us.

There is one major misunderstanding of media companies. Their main goal is not to inform us but to make money. For that simple reason, every media company is putting out mainly negative stories. It’s purely a matter of marketing. Capturing our attention leads to higher view rates which lead to an increase in revenues.

Personally, I’ve been very careful with my media consumption for many years. But in times of Corona, with all the news about a deadly virus, new devastating future outlooks, frightening statistics, and the apparent end of the world as we know it, I got sucked in again.

Media create a severe feeling of uncertainty and, at the same time, they promise answers, information, and the chance to gain certainty by watching more news. Somehow I wasn’t able to escape the desperate circle of news this time.

Our mind and health are impacted by what media we consume

Watching news actually has a huge impact on our well being. Our mindset is obviously influenced by what we read, watch, and hear. And if you’re constantly surrounded by negative news, your thoughts, conversations, and feelings will be influenced by those. A study by the American Psychological Association in 2017 found that more than 50% of Americans feel news consumption causes them stress, leading to sleep deprivation and increased anxiety.

These emotional states are associated with increased levels of cortisol, commonly known as the stress hormone, which often causes inflammation and compromises the immune system. Reducing your news consumption might be just as important as your daily dose of Vitamin C.

Since I wasn’t able to stay away from the media entirely during the current Corona situation, I actually observed those developments within myself. It took me some time to accept the new circumstances, to see the positive side in it, and to get away from the energy-sucking and mind-f*cking source of misery called news. Only after deliberately avoiding the news, my mood, my state of mind as well as my physical well-being got better. I invite you to give it a try too.

You might ask yourself, how am I going to know what’s happening in our world right now? The answer is: Everything is happening. The media never have been and never will be broadcasting objective information about it. If something is important for you to know, the information will always reach you in one or the other way.

So give it a try! Quit consuming news for a week and notice how you feel – happier or more anxious? More informed or less so? I definitely felt happier and not even necessarily less informed. I regained my focus, my will to get up in the morning, my energy to do something that excites me and I felt more optimistic, although the world hadn’t changed one bit. News makes us suffer, but only if we allow it to. Will you dare to let it go?

Marko Haschej
Marko is co-founder, chief changemaker and the creative mind behind Moonshot Pirates. Driven by building what matters, Marko is a passionate entrepreneur, former TEDx curator, and pirate! Being involved in the amazing network of TED for numerous years has shaped his thinking as well as his network of exceptional minds, world-class speakers and rockstars in their fields. And... Marko is a die-hard Liverpool fan. 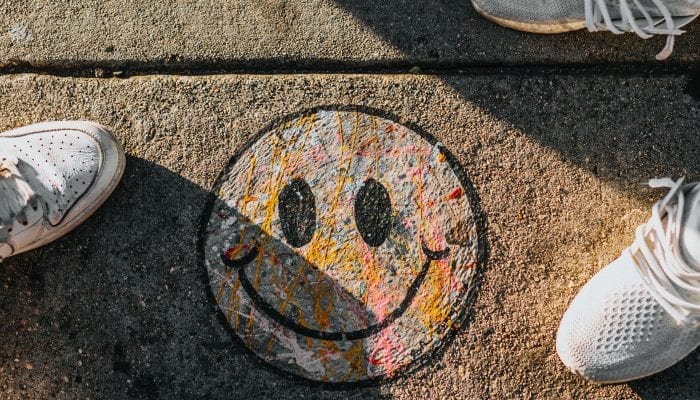 How to Stay Positive in Difficult Times?