How Generation Z Will Shape Our Future Way of Working

There is no doubt that Generation Z needs to be taken seriously by organizations, companies, and society in general. Why is that? Members of “Gen Z” is truly a powerful group of youth and young adults, who are digital and tech natives, a strong consumer force, and the workforce of tomorrow. Therefore, it is very important to understand how these young people think, what they believe and value, and how they were shaped by the world they grew up in.

Their cause is human dignity & equality. Their behavior is conservative. Their beliefs are liberal. Let’s take a closer look at what defines this generation and how that shapes our world.

The young people of Generation Z were born around 2000. At that time, the internet was publicly available. Smartphones and social media were on the rise, and the world was beginning to move into the virtual space. Also, online stores were appearing and entertainment platforms were growing increasingly popular. Watch this video to hear Sree Sreenivasan describe the world of Gen Z:

Generation Z grew up in the so-called post-digital era. They don’t know what life was like before Google, iPhones, or online shopping, and thus they take these for granted. This allows them not only to use digital tools to fulfill all their wishes but also to get comfortable with new tools very fast. We experience time and again how quickly the young members of Moonshot Pirates catch on when we show them a new tool or introduce them to a new kind of technology. Within minutes they understand the concept and figure out how to use it for their own projects.

In addition, they see technological opportunities where digital immigrants (those born before the post-digital area) more often see challenges and potential threats. However, this also makes them impatient when technology doesn’t work, when something isn’t on-demand, or when a company doesn’t have an online presence. They are used to the real world being interconnected with the virtual world, that they have a hard time accepting anything else.

Living By Their Values

Although this generation isn’t huge in numbers and is fairly young, it is still a strong consumer force that demands to be taken seriously. Image is an immensely important factor in the lives of Gen Z’s which can be seen in their behavior on social media. There, they are extremely careful about what they post and how they are perceived.

Stand Behind Your Values To Gain Respect

In terms of their consumer choices image also plays a big role. Generally speaking, they care deeply about brands and will happily boycott one if it doesn’t live up to their values. Generation Z walks their talk, and, consequently, they expect brands to do the same. That means taking a stand on important issues, having clear values and following them, and practicing what one preaches. And one of the most important topics of Gen Z is human dignity and equality. Whether it’s the topic of gender or of race, Gen Z is amongst the loudest supporters for a positive change in these areas. Gen Z requires Corporate Social Responsibility to become Company Social Responsibility – the whole company needs to act socially responsibly. Otherwise, they won’t get the support of this generation.

The Consumer Behaviour Of Gen Z

Another general trend describing Gen Z’s consumer behavior is how they shop. Online shopping, or browsing online for products, is the natural way for these young people to find and buy consumer goods. Whether it’s the delivery of products, meals, or groceries, this generation barely thinks twice about it. This doesn’t mean they don’t spend any time in physical stores, but most of their consumer activities take place in the virtual sphere. Therefore, it is much more important for companies to put in a lot of effort here.

Lastly, these young people are the workforce of tomorrow. That means you will soon have to work with them professionally. To understand how they perceive work, you have to understand in which context they grew up. Many were kids or teens during the financial crash of 2008 and saw both Millennials, as well as their parents, suffer as a result. They saw how uncertain and unstable work can be, and that money, job security, and success won’t necessarily come easy to them. For this reason, they are not afraid of challenges and don’t mind working hard – quite the contrary; they are willing to put in a lot of time and effort into their careers.

The Role Of Individualism

At the same time, they’re deeply individualistic people – they care about themselves and their own growth. Instead of feeling part of a collective, they treasure and promote their uniqueness. As a result, they also expect their future employer to provide them with lots of self-responsibility and flexibility. They want to work at their preferred time and, if possible, from wherever they want. They value a flexible job with a meaningful purpose more than a huge salary. So giving them the opportunities to be themselves and work hard on something they believe in will most likely secure you their loyalty and support. To find out more about the Megatrend of Individualism in general, read our blog post here.

We asked young people what kind of future do they have in mind for themselves and what needs to be done in our society, so young people can thrive today. Here’s what they said! 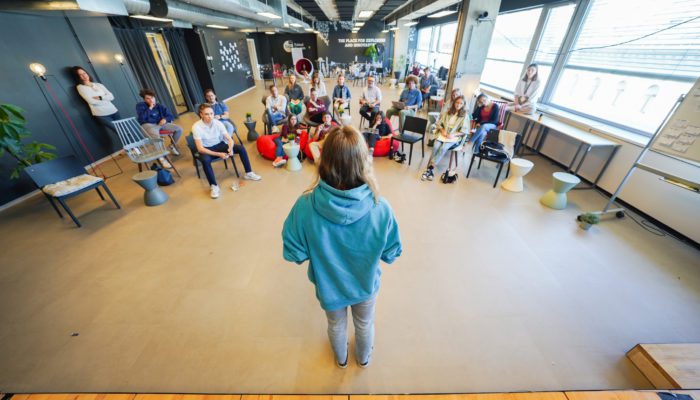 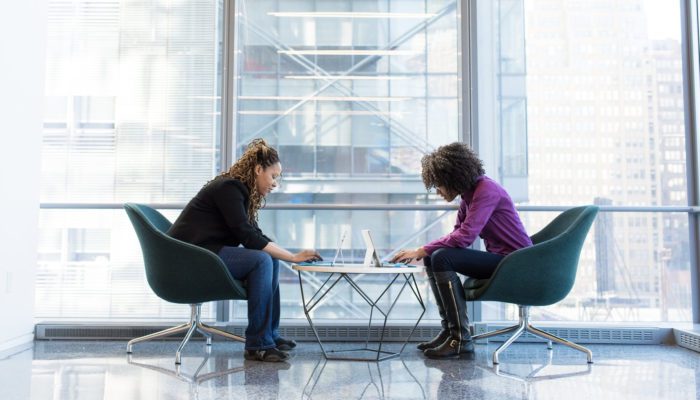 How Gen Z Is Shaping the Future of Business

How to Make a Multigenerational Team Succeed